Seemingly solid pipeline opportunities that slip – Why, and what to do about it

ITS ALL UNDER CONTROL!

You are in the middle of the month, and you are doing great so far!

Since the COVID19 crisis in 2020, the company is looking at every single month-end with a magnifier, but you have more than enough to cover the €150.000 target you have this month. As a matter of fact, you are already working your top opportunities for next month and spending good time on prospecting. One thing worries you though, and that is that your largest prospect for the month, ABC Inc., called to postpone the final contract review you had booked earlier this morning.

Probably nothing to worry about; you received a short note saying that your contact is in meetings all day, and that he will call you later to set a meeting for next week instead. You talked to him three days ago, when he was preparing the final documentation to present to the board. The ABC deal alone is €138.000, but as you are cautious, you are only counting on it for 50% when you add up your weighted forecast (meaning that only €69.000 of your target depends on that deal).

Without the ABC deal, you will do less than 75% of your target. The guy still doesn’t pick up the phone, and he isn’t answering your emails. You have tried via the switchboard, and you got to talk to him for a few seconds, when he promised to call you later in the day. That was last week….

Actually, you have spent most of your time chasing ABC over the last 7 days, and two of the other prospects now tell you they feel they need to move the decision to next week. There are still open issues they need to clarify with you, but … next week is on the other side of the month end! It doesn’t look too good. Without them, you are down to 50% of the target.

Of course there can be many explanations, but I bet most of us who have been in sales for some time have seen this happen – time after time. The explanation can be found in the psychology of the purchasing cycle.

In the beginning of the purchasing cycle, the buyer is mainly concerned with the product or solution itself. They are happy and positive about a solution to a problem that is perceived as much worse than the risk and the cost of the solution.

Towards the very end of the cycle, in negotiations, price and other commercial terms tend to be the principal concern. However, somewhere in the middle of the process, the third element, “perceived risk,” pops up as the #1 concern. 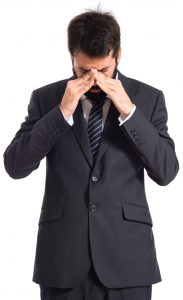 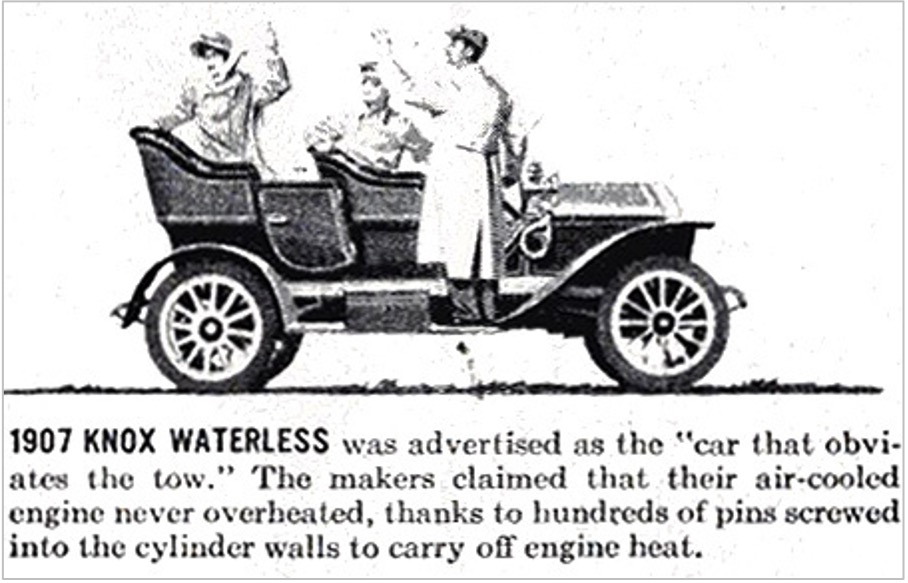 PERCEIVED RISK OF BUYING SOMETHING

Put yourself in the buyer’s shoes

Remember when you bought your latest car, or when you signed on your house, or any other major purchase you made? What were your steps? How did you feel, think, and act during your purchase process? Let’s examine the process:

… and the day before signing the agreement, you started feeling dizzy and nauseous. Is this really the best deal we can get?

Chances are that you postpone your decision, call the sales agent and ask to move the signing date a week or two to buy time. And! …. In the meanwhile, you will be talking to other car brands, car-sharing companies, visiting used car webs… and chance are that in that process, you change your mind and go with another product, or decide for an alternative solution.

While this process takes place, the last person you want to talk to before you have finally made up your mind is the salesperson from the original car dealer.

HOW ABOUT YOUR DEAL?

The very same happens to your customer. It may be your contact who gets last-minute doubts before presenting to the board. Or it could be that his board or management are not convinced and ask him or her to go back and survey the market again. Your contact will not pick up the phone in the meantime. They don’t have anything to tell you, and they may even be a bit embarrassed to tell you. The problem is that during this period, you have little or no chance to influence what happens, unless you are prepared for this.

See the diagram to the right – first focus is on the solution to your problem, then price takes over towards the end, but in the middle somewhere we get “cold feet” and start evaluating options – dead afraid to commit to the deal. But there are some things we can do about it:

First of all, be aware that this will happen.  What you can and should always do as a well-prepared salesperson is to minimize the effect, and then secondly, make sure you have more pipeline than you perhaps thought you needed.

A few suggestions on things you can do to prepare yourself for every deal:

Go for the real decision makers, and try to make sure that you have access to these people when they enter into the doubt-phase. If you depend on one contact person only, your chances to handle this phase are minimal.

2. KNOW THE PROCESS AND PLAN FOR IT

Qualify the purchasing steps with your sponsor. How is a purchase of your magnitude normally conducted in the company? Who is involved?

3. HAVE AT LEAST 3 TIMES THE PIPE YOU THOUGHT YOU NEEDED

And most important of all, make sure you have at least 3 times as many “done deals” as your target for the period. If your target for the month is 75k€ for instance, you should have at least 225k€ in late-stage deals. With a late-stage deal, I mean a deal where budget is confirmed, you know the decision makers have bought in, or at least are supporting your solution, where the purchasing process has been discussed, and where there is a need and a compelling date for the purchase.

As a rule of thumb, the “3 times target pipeline” works. Why? You are likely to

You can find out more about which cookies we are using or switch them off in settings.

This website uses cookies so that we can provide you with the best user experience possible. Cookie information is stored in your browser and performs functions such as recognising you when you return to our website and helping our team to understand which sections of the website you find most interesting and useful.

Strictly Necessary Cookie should be enabled at all times so that we can save your preferences for cookie settings.

If you disable this cookie, we will not be able to save your preferences. This means that every time you visit this website you will need to enable or disable cookies again.