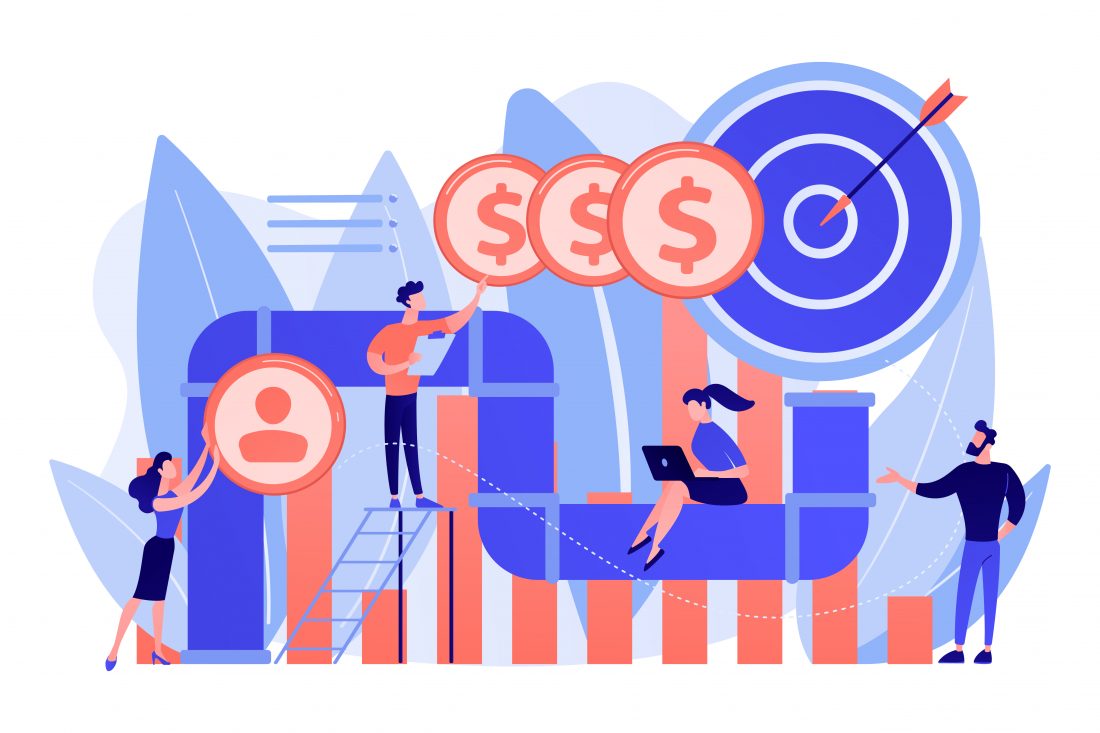 “How to” guide: Pipeline Efficiency – Time to gain insight

KPI – How to measure pipeline efficiency

Here you will find some ideas on how to consider and calculate your pipeline efficiency. More important than getting the exact right formula is consistently applying the same formula month after month to compare progress.

You may want to have a look at this previous article for the discussion of pipeline efficiency and why it is so important. In short, we are looking for a way to measure the effort we have spent on all deals that were lost and problems we could have avoided if we had done a better qualification in the first call with the prospect.

First, examine the typical successful sales cycle, look at the deals that were actually closed, look for patterns, and try to establish what “it takes.” Try to quantify the effort. This will be the yellow rectangle in our picture on the left side.

Then compare it to the total time your team spends on sales, prospecting, qualification, value demonstration, and negotiation. This will be your own “curve” in the diagram. Remember that you need to include all the calls and mailings done to prospects that did not become customers, your total time employed, and the time spent from people in other parts of your company, such as technical sales, admin, development, support team, etc.

If you do good and reliable activity tracking in your CRM system, then you are only a simple query away from an automated report; otherwise, you could do this as a team exercise on your next sales kickoff. (Have a look at our article on CRM adoption in your company, “Selecting a CRM that rolls itself out.”)

There are basically two pieces of data that you need.

It is as simple as that..

First of all, take the deals you and your team closed during the last month, and do a “post mortem” on each. You should have at least 10-15 deals; otherwise, select a larger timespan, such as two months or a quarter—whatever makes sense for you.

How much effort went into each of these deals? Who was involved? Were tech sales, development resources, support personnel, admin, or any other part of the company involved? Did you need to meet physically? Did you place phone calls and have video conferences? Try to quantify it.

Map out the average successful sales cycle, and look for pattern.

Don’t jump to conclusions on what to improve just yet. Try to state the facts, and establish your current sales cycle and sales stages as they look today. How many hours of work, from which resources, were needed? Which were the obvious stages that you seem to need every time?

And … while you are at it, try to register some other interesting metrics to compare over time:

Then, look at the same month (the same period during which you made the deals in the first exercise), but now look at the total resources employed during that period. Try to limit yourself strictly to sales and directly related activities. Try to estimate in the best way you can how many hours you needed. This will give you your total cost of sale, or sales effort.

Whatever concepts and hours you choose to include in your calculation, and the period you examine, is fine, just remember to include the exact same items month after month to give you a base for comparison. After all, it is the improvements you are after, rather than an absolute number. 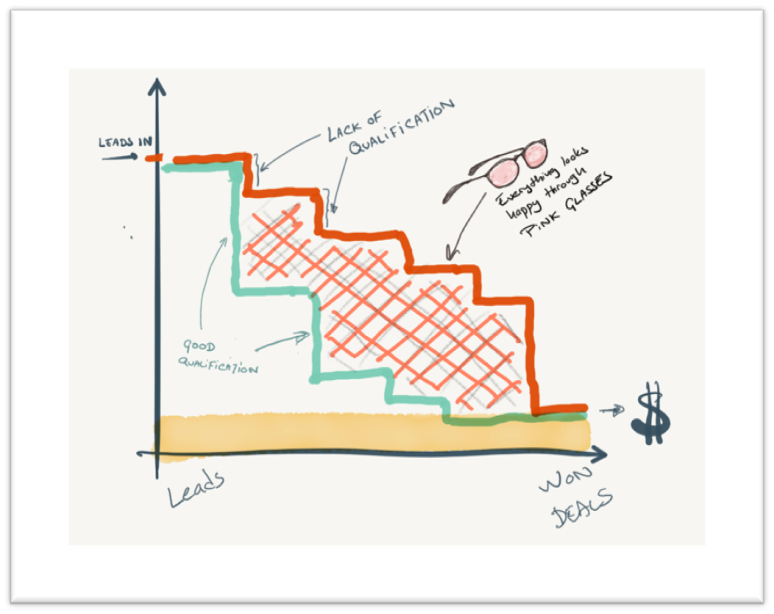 The ratio between these two numbers will give you a notion on your pipeline efficiency. If every lead turned into a deal, this would be close to 1, and the more time your team spends on prospects that do not convert, the lower the number will be.

Once you have this overall measure controlled, and with data you feel you can trust, there are lots of exciting insights you can get playing around with the sales stages in more detail. Is there any particular stage that takes more time? Where do you normally lose a deal? Do you see different behaviour between sellers?

We hope you found this article useful. Best of luck with your pipeline work. Happy selling!

You can find out more about which cookies we are using or switch them off in settings.

This website uses cookies so that we can provide you with the best user experience possible. Cookie information is stored in your browser and performs functions such as recognising you when you return to our website and helping our team to understand which sections of the website you find most interesting and useful.

Strictly Necessary Cookie should be enabled at all times so that we can save your preferences for cookie settings.

If you disable this cookie, we will not be able to save your preferences. This means that every time you visit this website you will need to enable or disable cookies again.